Subverting the hegemonic codes that dictate a standardized constitution of a consensual body subject to conspicuous consumerism, Meat Indicators presents decomposed and reconstructed body masses, now transformed into sculptural gestures – which incorporate notions of painting, video, collage and assembly processes of cinema to destabilize contexts (bodies and environments) – now transfigured in almost ideograms when drawn in such a synthetic way that they become close to calligraphic principles, exposing a lexical set that epigramatizes the phallus / logocentrism still as a persevering control principle in favor of a cisheteronorma daily assimilated in mass.

Shrunk to a corner, the body

The game is worth it because you don’t know how it will end.

The body as a critical instrument and a place for experimenting the subject, a tool of orgiastic claim or a space for liberation from social constraints, constitutes a privileged support in the territory of contemporary art, in which we locate the Meat Indicators, by Tales Frey.

Challenging the classic forms of thought, the proposed works remove the experience of the body from any ontological statement sustained in spaces of binary tension. Between the homo oeconomicus, built by economic theory since the 18th century, and the contemporary and neoliberal corpus, it is the sex that seems to configure rarity, articulating the empire of economic representations with the identity trade. As part of the competition, lack and unlimited satisfactions, this approach to the body seems to oscillate between its invasive presence and its vulnerable condition. We know that saying yes to sex does not mean saying no to power. And this is one of the Foucauldian lessons.

In this procedural ceremony, which is also a kind of scenography dominated by a certain spectacular physicality distant from the meaning of any intimate diary, sex – collage, which is body and which is meat, asserts itself as pure semiotics to fulfill the mission of be where we don’t see it. We would say, with Barthes, that each one here asserts himself differently, because he thinks, not as a person, but as a need.

There is a side of the body that always says the same thing. Let’s fuck.

Promotional video for the exhibition Meat Indicators (2020) by Tales Frey at Galeria Ocupa in Porto, Portugal 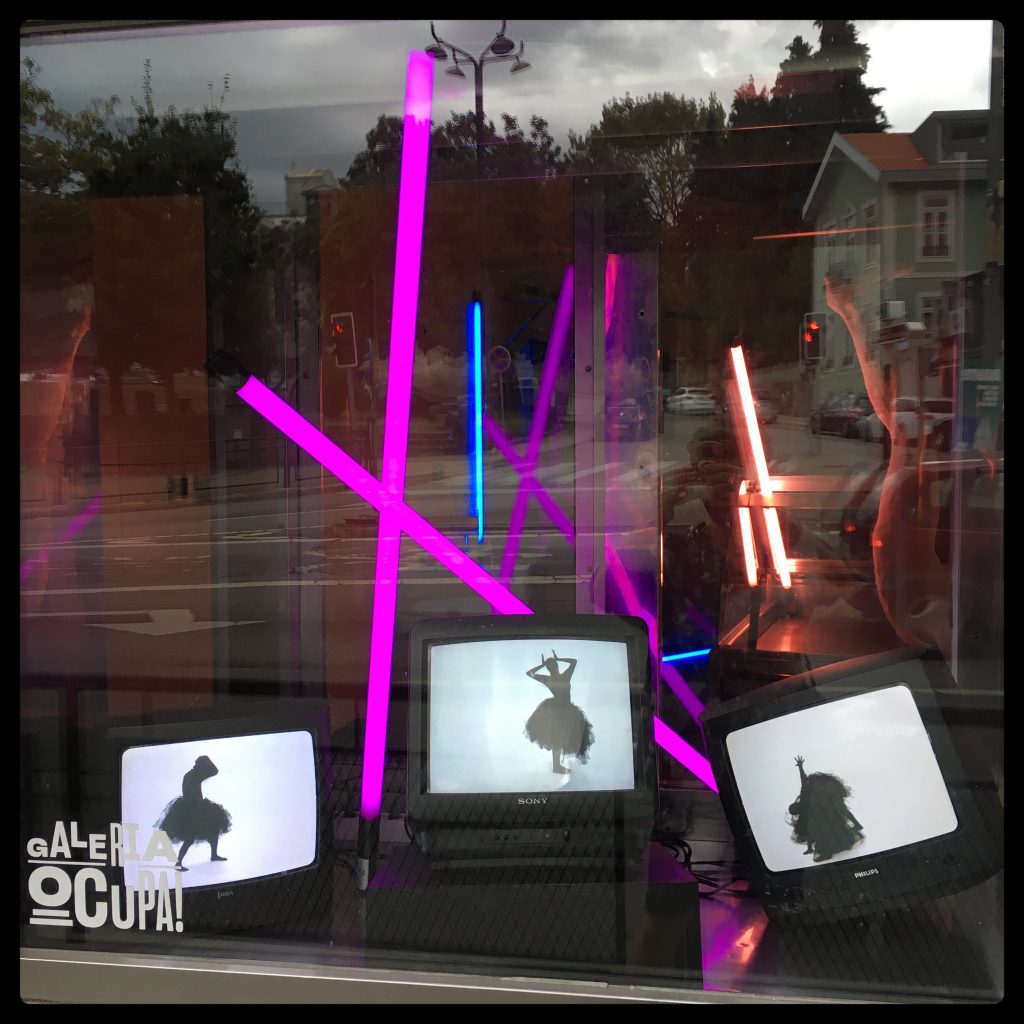 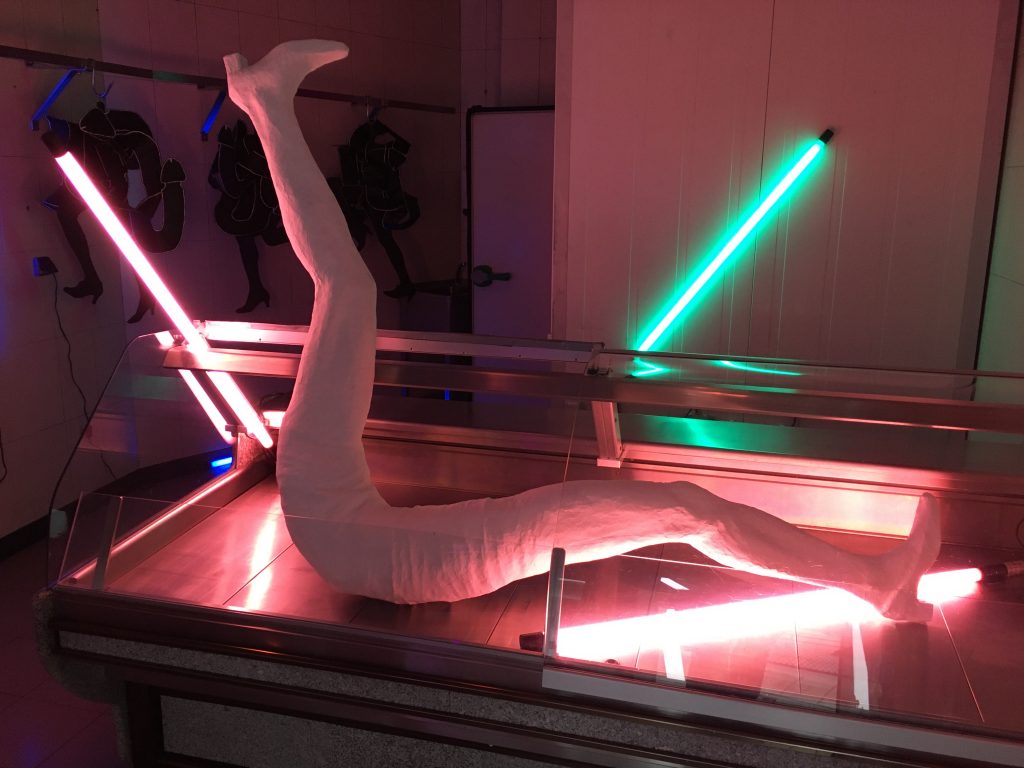 View from the main balcony where the sculpture Shoe Size 45 Without Pair (2020) is located. The sculpture is made with layers of white paper and glue 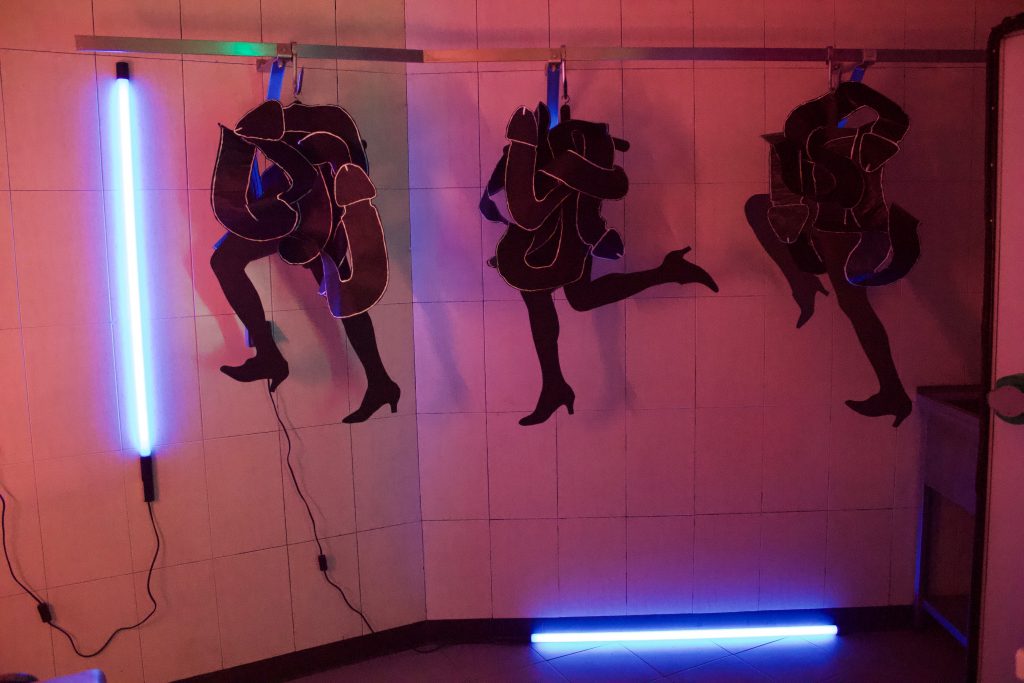 View of the meat exhibitor area, where the set of procedural sketches Tucking (2020) is located. The pieces are made of recycled paper painted with acrylic paint and suspended on hangers by hooks arranged in the space itself

View of the refrigerator, where is the procedural sketch of the kinetics piece Tighlighting (2020). This sketch is made of hard cut paper, all of which are attached to a single 100 cm screw

Sequence of videos complementary to the exhibition: