Between Tension And Delirium (2021)

Tales Frey expresses art through the body and its semiotics, with diversified and transdisciplinary bias that covers unusual signs and meanings. He presents the aesthetic order in constant movement, in a way that envisions new concepts and possibilities of the individual and his identity in the current social conjuncture. The result frameworks the resignification of in-defined silhouettes by gender with intersections of bodies, which characterizes the peculiarity of his works.

He uses varied means to materialize his creations, such as photography, videos, paintings, drawings, sculptures, among others, while they reveal the performance as the main vehicle in his investigative method, focused on body expression art. His works expose traces of his education in the performing and visual arts, and it also includes the performative affectivity of dance, very present in the aesthetic complexion of movements and bodily dispositions. Regarding the harmony disposition, Tales rescues his relation with dance groups directed and designed by his mother Silvana Frey, who combined rhythmic expressions and sound-visual movements, applied by her through artistic creations, transmitted to his son as means of inspiration and rapture, caused by the narrative of the interconnected and connected bodies.

The Brazilian artist currently lives in Portugal, he manages his art and exhibitions in several countries, where he has won recognition and awards. He relies on tools that combine didactic-reflexive subversions for his creations, which recode and challenge hegemonic and oppressive references present in many cultural practices. He proposes conjectured and contested quotes, through the manifest between the context and the aesthetic, emphasizing the expropriation of heterogeneous practices and signs. The results of the theoretical-practical works keep the analysis of the subject going in countless cisnormative deconstructions, which propose variants through the use of binary inductions, offering critical and political reflections, contesting social labels that are transmuted around sculptural pieces, composed by alternating elements. Tales Frey provides a symbolic harmonization of reality in numerous readings of the subject, which transcends the pre-established concepts, while he contests for the abdication of normative measures in which the subject themselves is repressed.

The exhibition “Between Tension And Delirium” [“Entre a Tensão e o Delírio”] reflects the symbolic formation of the body, disseminated through standardized codes, reverted in graphic languages ​​and materialized through hybrid concepts present in each workpiece exhibited. The subject concretization shapes of the creations are dialogued with the raw material chosen to sculpt: recycled material. The concepts of recycling may revoke understandings inflicted by contemporary society, in which materials should contemplate an unique and pre-established function, despite the crises caused by the delusions of consumerism, driven by the fetishization and obsolescence of products. Linked to the idea of ​​transmutation, the exhibited works aim to examine, revolve and reconstruct social spaces, as it could be linked with the recycling process, with the glimpse of stimulating reflections of cultural practices, expanding the possibilities of reframing and modification – as represented by the paper-machè, articulating with the disposition of genres in terms of the discovery and rediscovery of the subject in their relations and possibilities, through artistic manifestations.

The mixture of elements arising from dance and the performing arts is very present in the video performance entitled “The Body Never Exists in Itself” [“O corpo nunca existe em si mesmo”]. The sculptural dance suggests body movements in constant communication omitting the allusion of an ordinary identity, unified by unpredictable sound and image. The clothing and the contour of the bodies neutralize the (bi)dimension, which indulges the free movements, although rhythmic and temporal, pre-established by the assiduity of the interdependent beats of the metronome.

The sculpture “45 Pairless Foot” [“Pé 45 Sem Par”] brings a dialogue between opposing elements that compose a single body, through the binary contrast and gender neutrality. Positioned as a creative instrument of body art, the structure comprehends representations; the shape of the muscles of the “male” legs evokes a feeling of heaviness, opposed to the “female” shoes, both are blended with the light paper machè used to sculpt the open legs. The two extremities of the body member go through possibilities of expressing identities and reproductions, which readjust to the concepts of a single body, including the allusion of the decomposed dance position.

The kinetic sculpture entitled “Thighlighting” also gathers opposed elements – the legs and the shoes – that are set to lead to a visual cyclical effect, with a common source that attach the many legs, resulting in a sort of fan – legged. The collaborative movement causes a single shaped effect, while that represents the duality between the proportioned strength applied and the distance of the units, referencing the cycle of the recycling process, not defined by the start or end point in its constant, but by the change.

The pictures entitled “Double Penetration” [“Dupla Penetração”] are twisted bodies such as dance movements positions, referenced to plural and wide interpretations of the social subject in their actions and understandings. The body construction through its biologic definition and its reconnection with gender enables a renewal of the common sense’s single perspective, while the signs points to many ways, possibilities and interpretations of who will judge, guided by the penises.

The symbologies that surround the shapes of the reused and neutralized component in “Between Tension and Delirium” were captured in their uniqueness and subversivity; they bear a solid relationship with the art of dancing in their positions and effects, represented by the rigidity of the bodies situated among art and acting while there are subjects indeterminate by gender, inserted amid exaltation and delusions of postmodern society and its demands.

Tales Frey’s body exponents keep a political and sensory conduct, and from the binary character he offers to the audience countless possibilities to read, reread, investigate, interpret, reinterpret, act and interact in the various manifestations of the human artistic factor, open to new meanings and discussions.

Come in and feel free to enjoy! 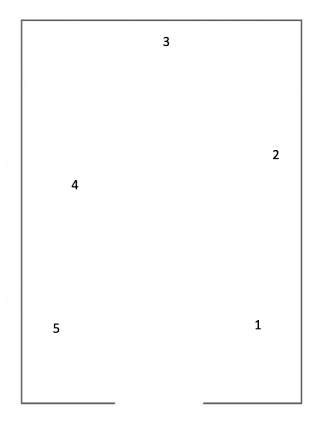 The curator Estefânia Tumenas talks to the transdisciplinary artist Tales Frey about his practice, which transits between the scenic and visual arts.

This unpublished video session brings together works by twelve artists from Brazil who explore the language of video in communion with performance, considering the themes of the body, identities and subjectivations. All works were created through the online course “Laboratory of Research and Creation in video performance”.