I stayed for the duration of two groups of narrow lighted candles on my hands.

I constantly kept as still I can (which is practically impossible). The goal was to shape a sort of pair of “gloves” on me, but the hot liquid didn’t fix to my body and just burned my two hands. The video recording is presented as exaggerated and accelerated video performance. The movement in the action is quite subtle when viewed in its full time, but when it is unreasonably fast, it suggests a kind of possession due to the oscillation energy of my body. 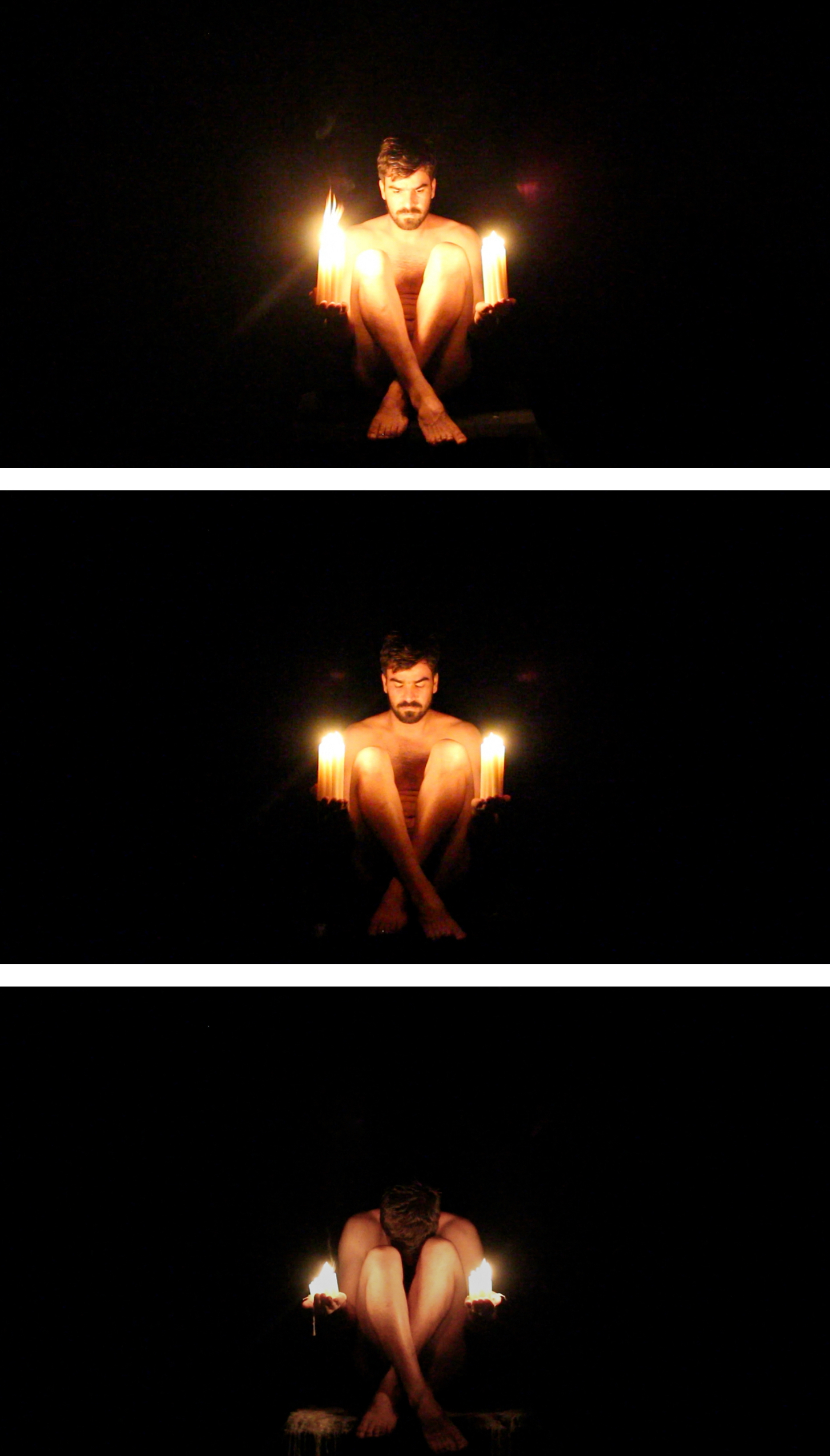 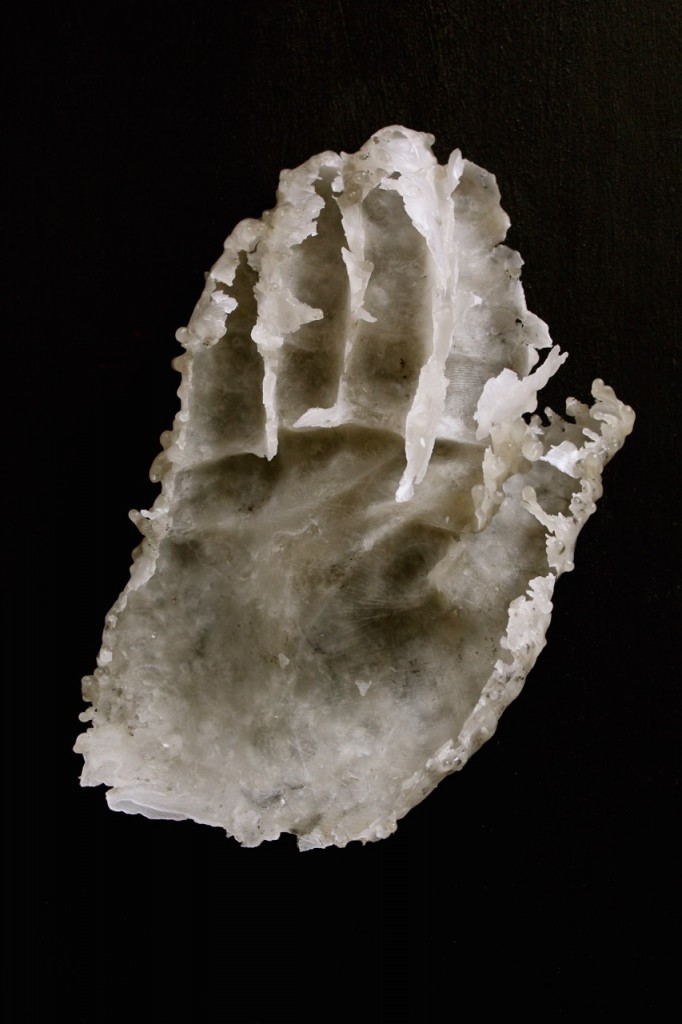