The Edition 1/5 + 2 P.A. is part of the collection from MAC USP / Museum of Contemporary Art of São Paulo. Sao Paulo, SP, Brazil

Edition 2/5 + 2 P.A. is part of the collection from Museum of Contemporary Art of Niteroi (MAC Niteroi), Niteroi, RJ, Brazil

The original name of this work is “Re-banho” (in Portuguese language), which means something like “wash again” and at same time means “herd”. There are two ideas in only one word. Nietzsche says that the “morality is the herd instinct in the person”. At same time that this performance shows some of that Nietzsche resounded, this work comes to emphasize how the model of Christian moral is castrating, which builds shame and guilt over the freedom of the subject.

The action consists in six people washing their bodies, in front of a church. The body is not displayed. All performers wash their bodies wetting their clothes.

[2018] Collective exhibition Only if it is in the Bottom of the Sea. Curated by Yiftah Peled, Marcos Martins and Hugo Fortes. Center of Art and Research (GAP), Federal University of Espirito Santo (UFES), Vitoria, ES, Brazil.

[2015] Collective exhibition Multiple Perspectives and Not Less Contradictions and Dreams. Curated by José Maia. I Biennial of Maia: Places of Journey, Maia, Portugal. 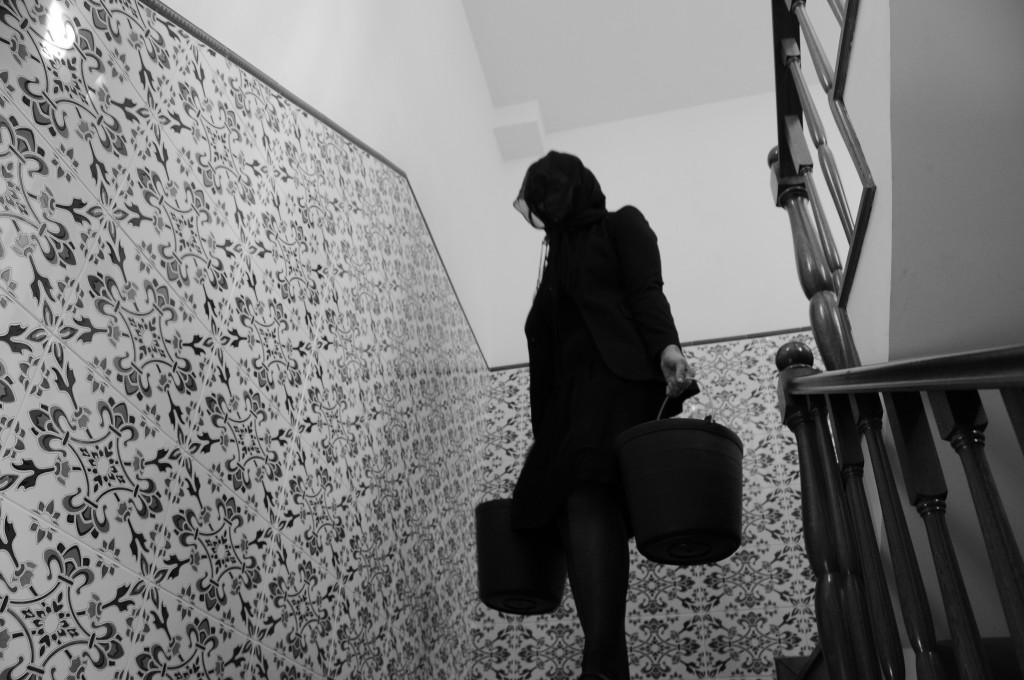 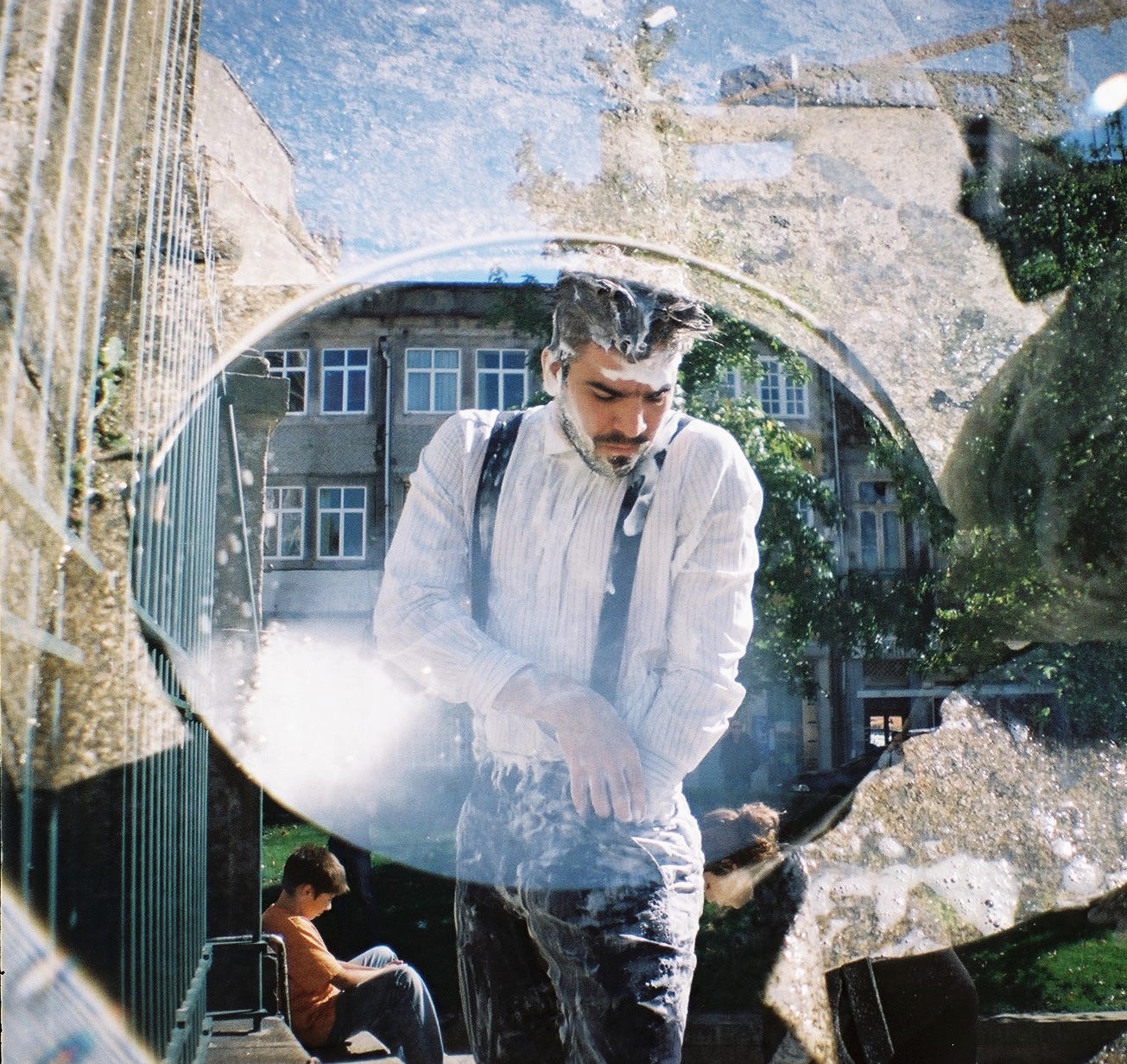