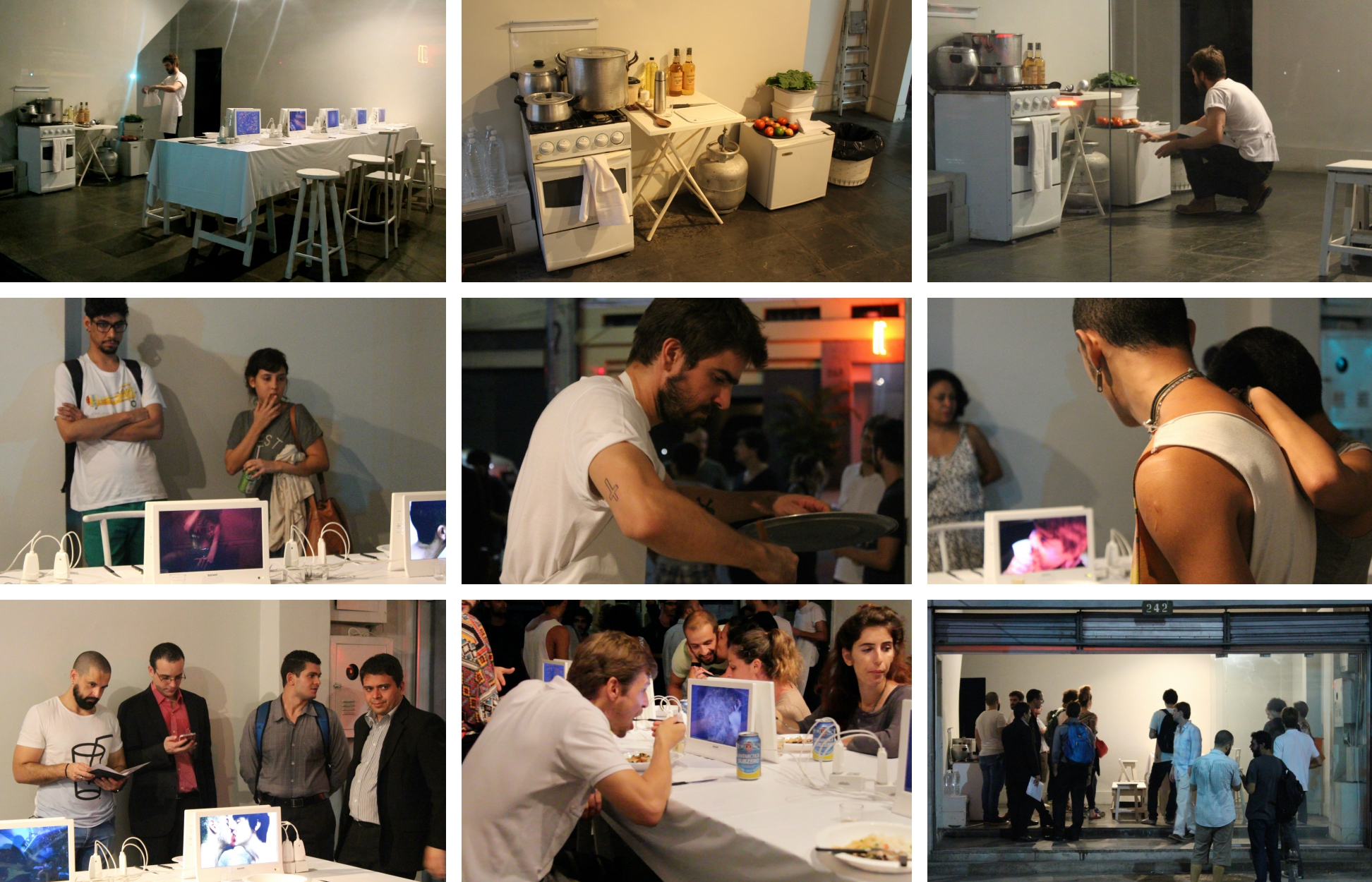 The miscellany of images that apparently were not related in a first configuration that occurred through a night disturbance, resulting, obviously, in a chaotic set of associations that generated a visibly schizophrenic cohesion, ended up making complete sense, discourse on the motes that delineate ideological thoughts of the eroticism art merged into an aesthetic of horror through ritualistic and, to a certain extent, anthropophagic ceremonial, mixing dissimilar ideas through a dinner served during the performance that gave rise to the Orexia exhibition, which is composed of eleven videos – six belonging to the dream and five others incorporated to work by theme affinity – as well as an installation provoked from the banquet: a “feijoada” (Brazilian typical food).

This performance-installation calls for literal hunger, as well as for an instinct orexia as the main source for the creative process, something that rejects logocentric, rational, phallocentric, “phalloologocentric” repression. All instincts are legitimate. All make up the same mixture as the feijoada in the exhibition space.

ORIGINATED FROM THE DREAM THAT INVOLVES PERFORMANCE AND INSTALLATION

VIDEOS, INCORPORATED AND ELABORATED ON THE BASIS OF OTHER DREAMS, PRIOR TO THE DREAM THAT POSSIBILATES THE EXPOSURE

VIDEO INCORPORATED BY AFFINITY IN THE THEME, BUT IT IS NOT OF ONYRICAL ORDER 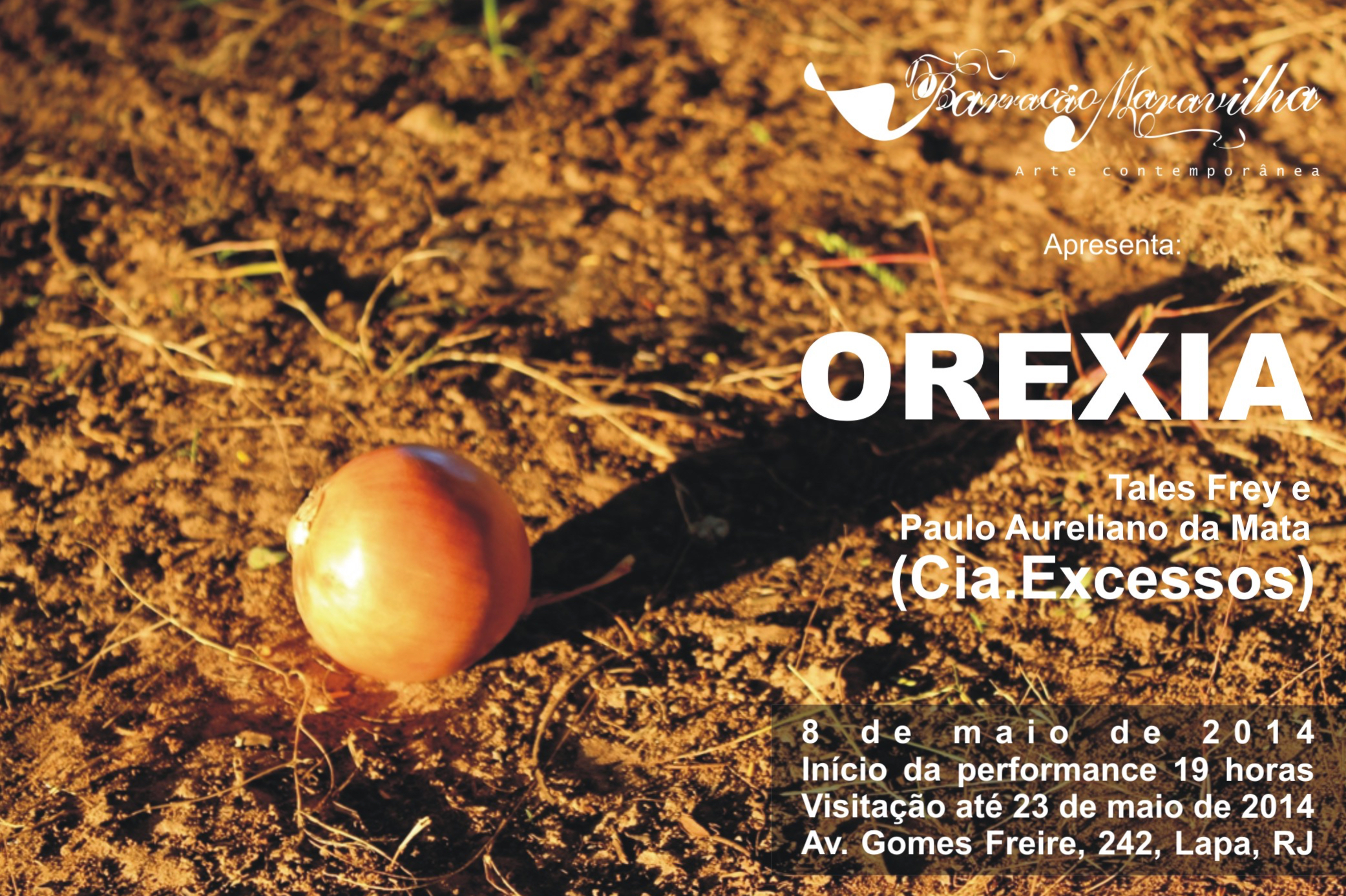 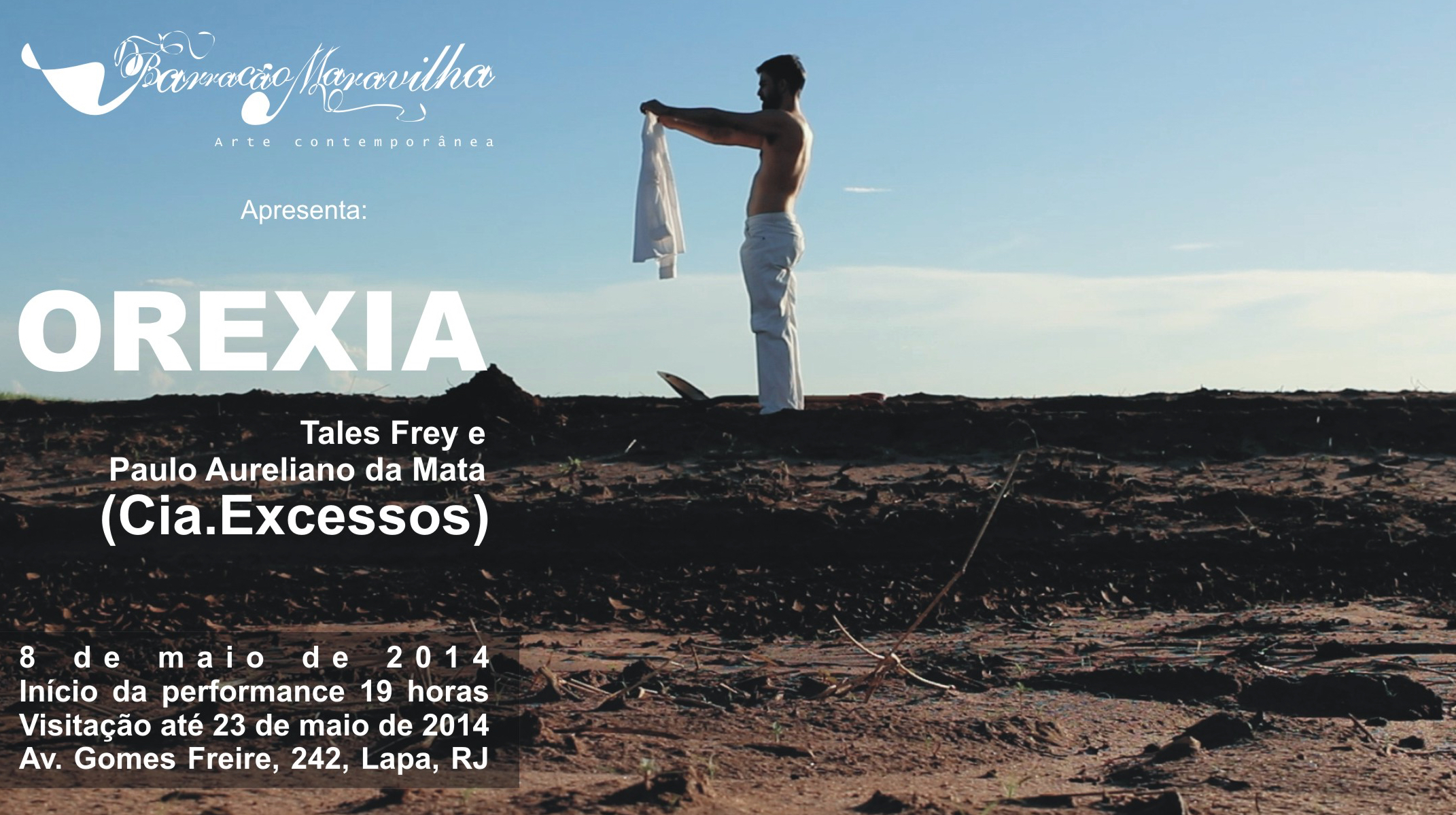 Interview with Tales Frey about Orexia (2014) in Canal Curta