On Island #1, #2 and #3, I present my body in direct dialogue with the Icelandic glacial landscape and, like an island, my corporeal matter is exposed in contrast to the surrounding territory and, conversely, in complete approaching with it, when I place myself surrounded by water (solid state) on all sides, establishing sometimes a cross-sectional analogy about the landscape and sometimes the representation of it.

This series was developed in artistic residence at the Fjúk Arts Center in Húsavík in Iceland between December 2015 and January 2016. 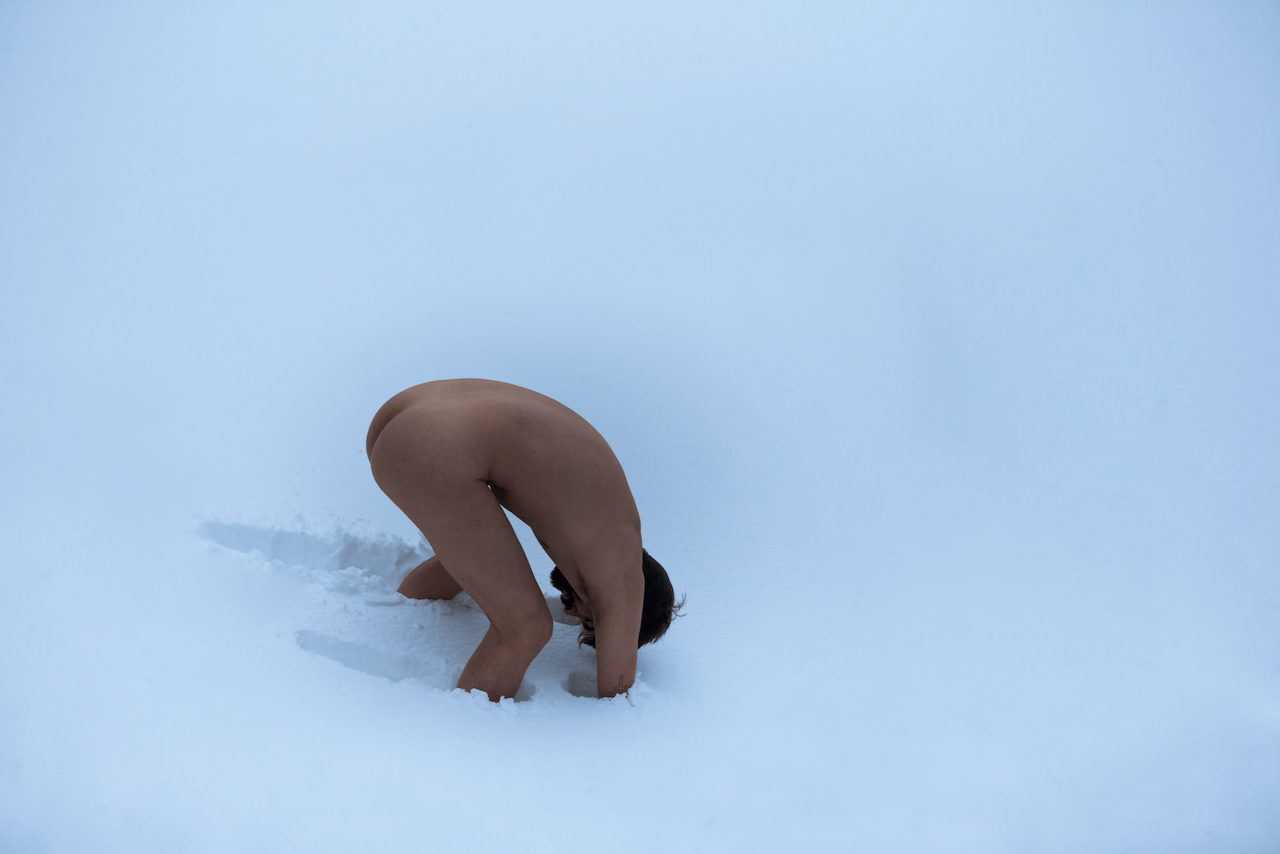 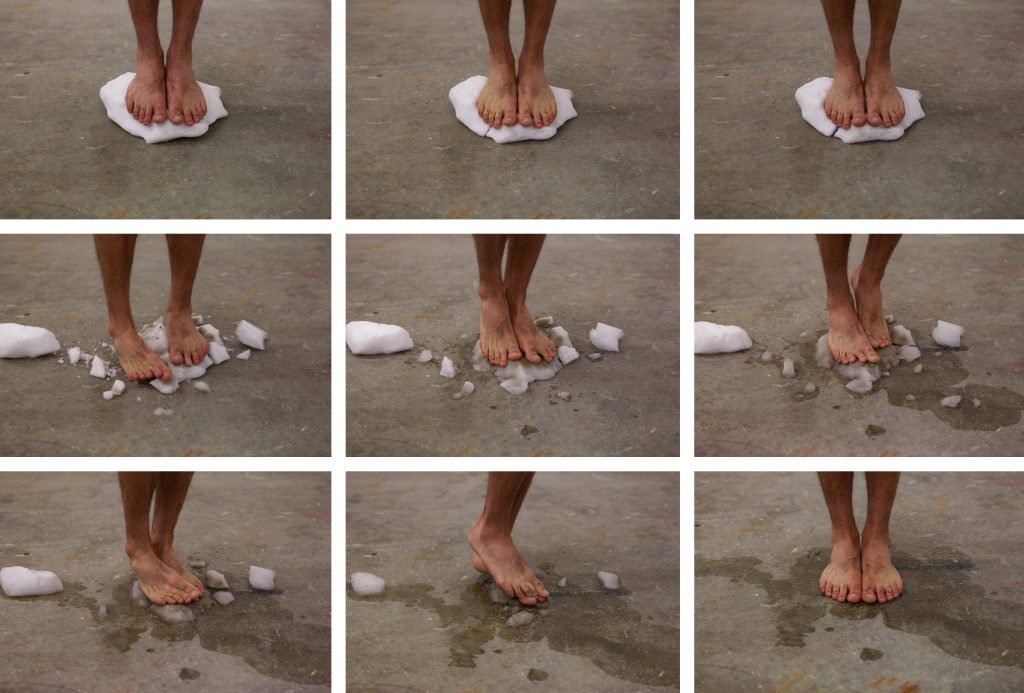 Honorable Mention in the 2nd Gaia International Biennial of Art 2017 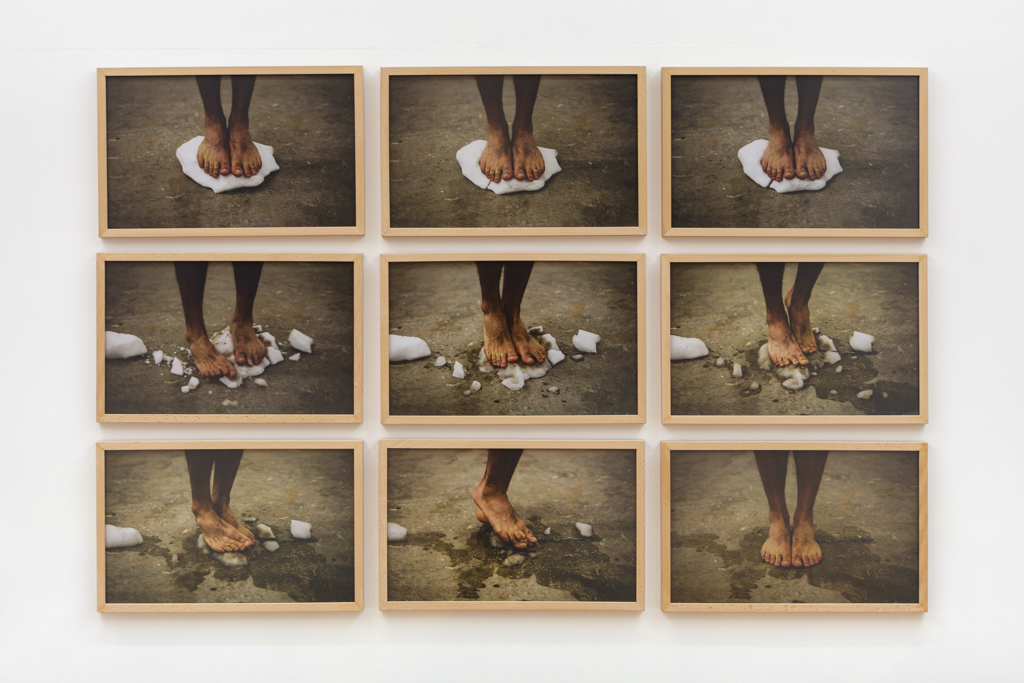 Island series (2016), by Tales Frey, at the collective exhibition The Island. Sput&Nik the window, Porto, Portugal, 2016. Photo by Ana Efe